Even as India’s business elite gathered here on Thursday to pledge their support for Prime Minister Narendra Modi’s ambitious ‘Make in India’ manufacturing campaign, Hari Ballabh lost his job to the Chinese.

For years, the small factory Ballabh worked at flattened steel into sheets that were cut into circles and passed to adjacent factories, which pressed these into household utensils. “A year ago, the market was flooded by Chinese steel, which was pre-cut in standard sizes for katoris (bowls) and thalis (plates),” says Anil Singhal, a steel trader. He added the Chinese products were cheaper and of better quality. Wazirpur’s pressing units now prefer to import from China, rather than buy from an adjacent plant.”

“Our plant is closing tomorrow. The owner has told us to collect our dues,” said Ballabh, who arrived in Delhi 15 years ago to cold-roll steel in Wazirpur’s cluster of metal factories. “A month before Diwali, 70 of us will lose our jobs.”

The PM’s ‘Make in India’ initiative urges Indian and international companies to invest in 25 priority sectors ranging from automobiles to thermal power. Yet, the unravelling of industrial sites such as Wazirpur illustrates the enormity of the challenge faced by the country’s manufacturing sector.

Today, many of Wazirpur’s manufacturers have become traders, a story repeated across sectors as diverse as thalis, toys and telecommunication equipment. “The Make in India initiative makes sense, but it will need trained workers,” said Ballabh, adding he didn’t have the skills to work in a highly automated plant. “The Chinese stuff is automated; the sheet is of uniform thickness. A lot of our work is still done by hand.”

Producing a trained workforce, however, is hard work. Of India’s overall workforce, 70 per cent is literate; of this 70 per cent, 25 per cent drops out at the primary level, according to the 12th Plan document published by the Planning Commission. Only 20 per cent of Indian firms provide on-job training, according to World Bank research.

To train India’s burgeoning youth, the government has announced a skills policy. But many, like the steelworkers of Wazirpur, say poverty makes it difficult for them to support their children through programmes offered by Indian technical institutes. “If I don’t have a job,” Ballabh said, “How will I send my child to school?”

If Chinese products are swamping Indian markets, Indian businessmen appear to be looking for greener pastures. On Thursday, Modi said he was pained that Indian businessmen were increasingly looking to invest abroad. No businessman should feel the compulsion to leave the country, he said.

Entrepreneurs, however, say they are unsure when the many obstacles in India will be cleared.

In 2003, Umesh Menon, a 43-year-old professor at the Entrepreneurship Development Institute of India in Ahmedabad and a consultant with the United Nations Industrial Development Organization, decided to try his luck at starting a business of his own. “I had always told my students India was the best place to invest. But when I started, I had a quick reality check,” he said. “I wanted to start a scalable business, but in India, scaling up attracted higher taxes, more inspections and more problems.”

Instead, Menon and his partners invested $50,000 in a cold-storage business in Uganda. “In 24 hours, they had registered my business and given me a welcome kit, with my clearances, licences, tax number and a driving licence, too,” he said. “In India, $50,000 won’t even get you through the door.”

In two years, Menon had acquired 10,000 acres to start an agriculture business. Along with his partners, he also set up a bakery. In 2010, he moved to Mozambique, where he set up the country’s first private hospital, along with an Indian partner.

“In India, the government only helps the big guys,” he said. “We court foreign investors, but we forget our own people, who have nowhere to go.”

He said the new government’s emphasis on manufacturing was welcome, but fell short of concrete policy changes. “I’m encouraged by all the speeches,” he said. “But we need more action on the ground.”

A name can make and add value to your company’s reputation. Never be fooled by the saying, ’What’s in a name?’ A company name speaks a lot about your company.

There are a lot of things you need to keep in mind while naming your company.

1. Be clear about your vision & mission:

You should have a clear picture about what your company is all about. Be clear about the kind of service you would be providing or the kind of product you would be selling. Once done, you can move on to thinking relevant names that will fit best and highlight your work area. 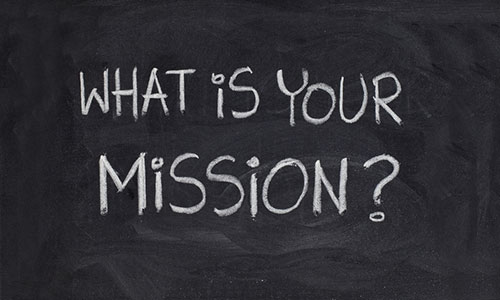 Sit down with a piece of paper and start jotting down all the names that cross your mind. Don’t do much thinking, the names might be weird, funny and senseless, but just write them down. 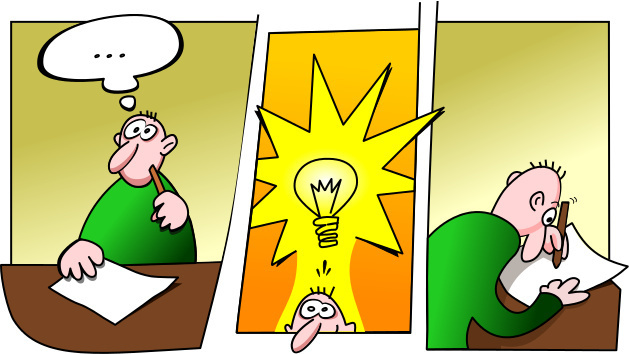 We often tend to ask for suggestions when confused. But when such important decisions are to be taken, involve only a few people who can really be helpful. More people mean more suggestions, which will lead to more changes, more confusions and dissatisfactory results. 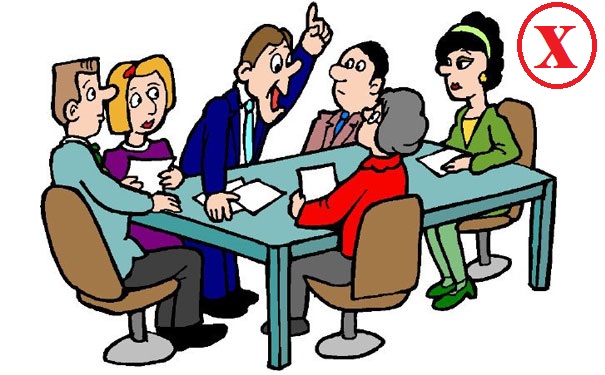 If the world behaves normal, you should behave crazy to stand out. Don’t finalize on plain, boring names. Get creative. It is important to carve out your niche by displaying your uniqueness. Don’t think out of the box, think that the box has been destroyed and you have no option but to live without the box. 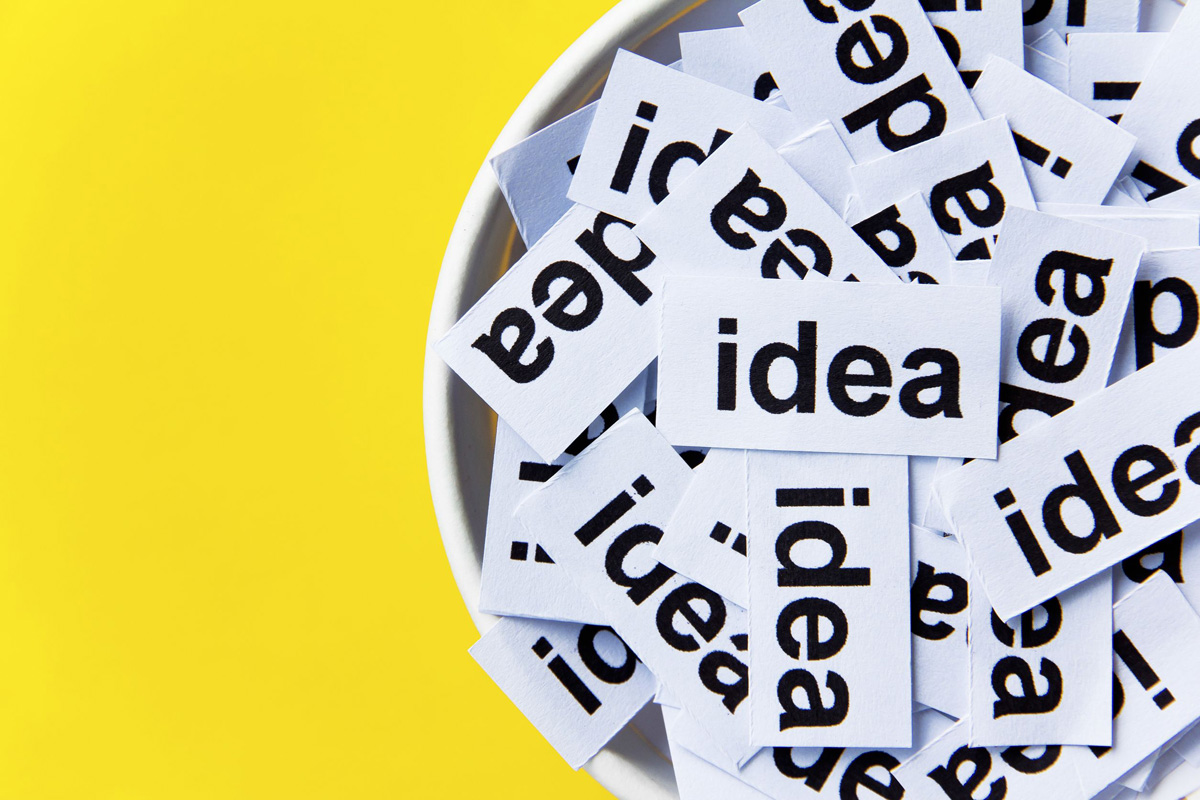 5. Avoid including City in your company name:

Having a city mentioned in the company name might be a bad idea. NEVER have them. Why do you think Kentucky Fried Chicken is now KFC?

KFC lost many potential customers because they thought that as the name says ‘Kentucky’, it might be present just in the city of Kentucky and so is of no use to them. When the company expanded and faced this major problem, they planned to call it KFC instead to keep doubts at bay. 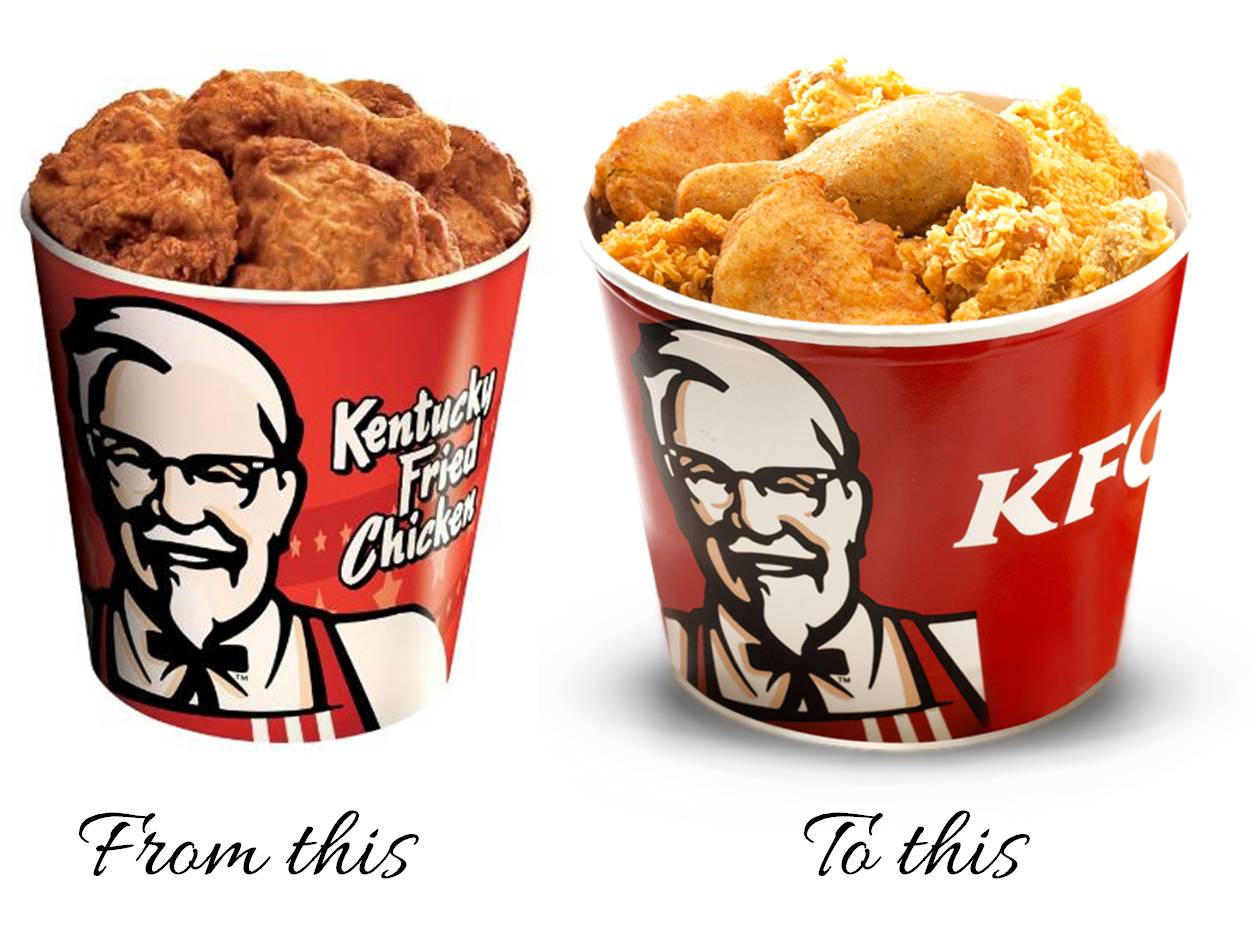 My company name? It’s Ena. Did not understand? Well, that’s the point. A name that even your target audience doesn’t understand is a blunder. The name should give a brief idea about company or atleast it should be of relevance to the kind of services you provide. If it is too complex and puzzling, it will remain a mystery to your customers. This is especially true if you are reaching out to a mass audience. 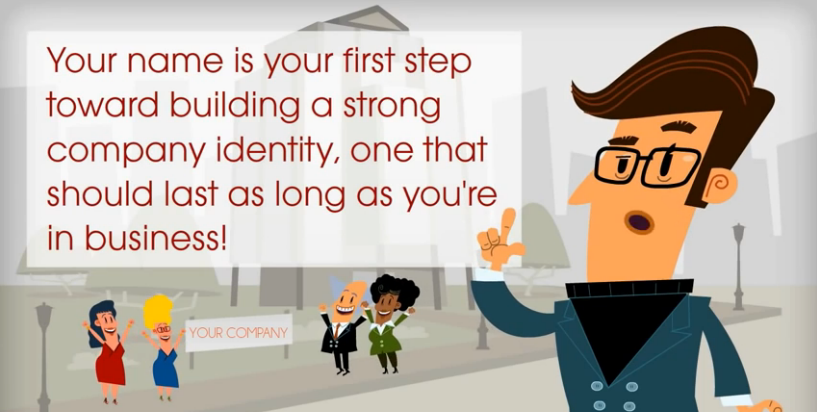 If you think we missed out on something, do add to the points. Your views are always welcome.

1. Every morning when you wake up, drink a glass of water to have a fresh start. 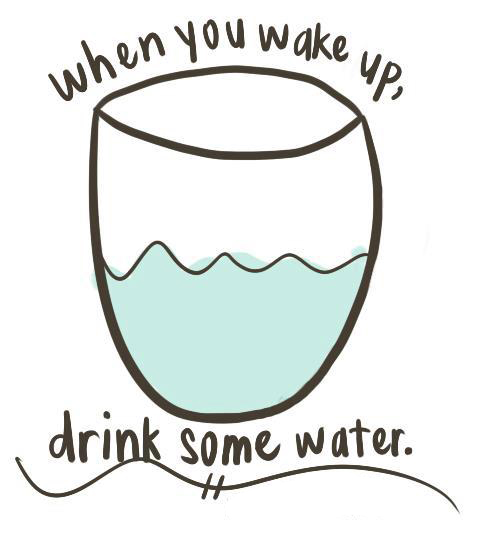 2. Exercise to boost up your energy level. It keeps you stress free and happy all day. 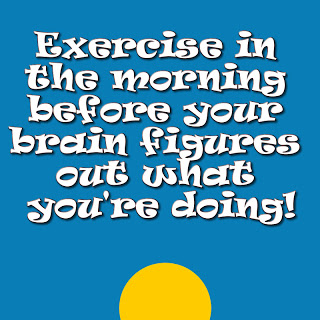 3. Make a To-Do list. Following a plan keeps you organized throughout the day. 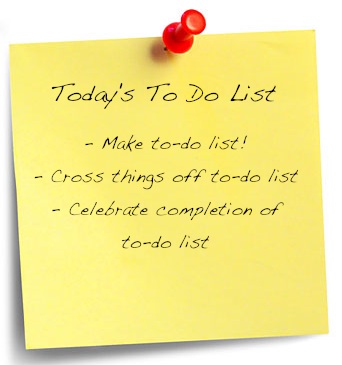 4. Clean up your working area. A tidy desk gives you inspiration and energy and lets you concentrate more on work. Also helps you deliver quality work. 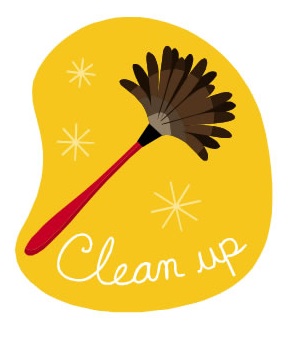 5. Brainstorming opens up your mind and gives way to new ideas. You might have brilliant ideas inside your head but if you won’t put them across, you will end up being nowhere. 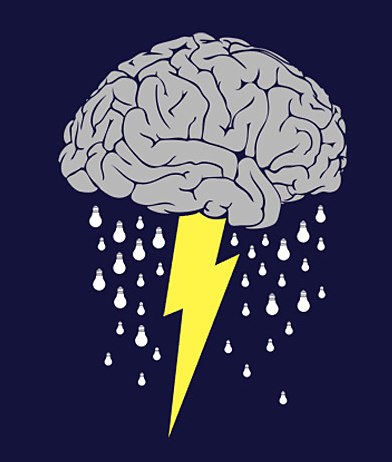 6. Do research online on a topic that interests you.  Watch tutorials, read blogs and stay updated about the latest trend. 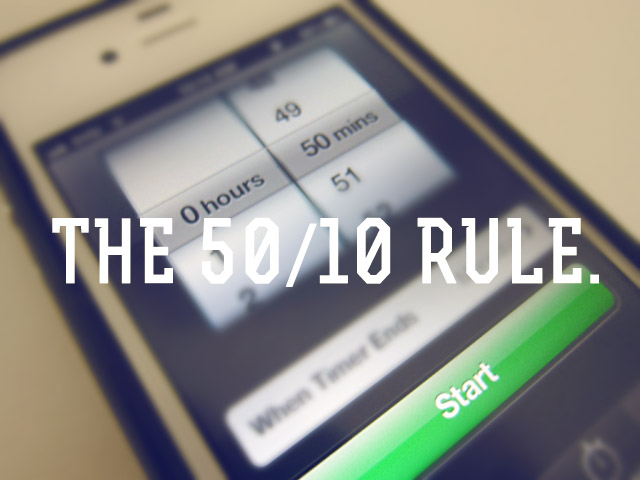 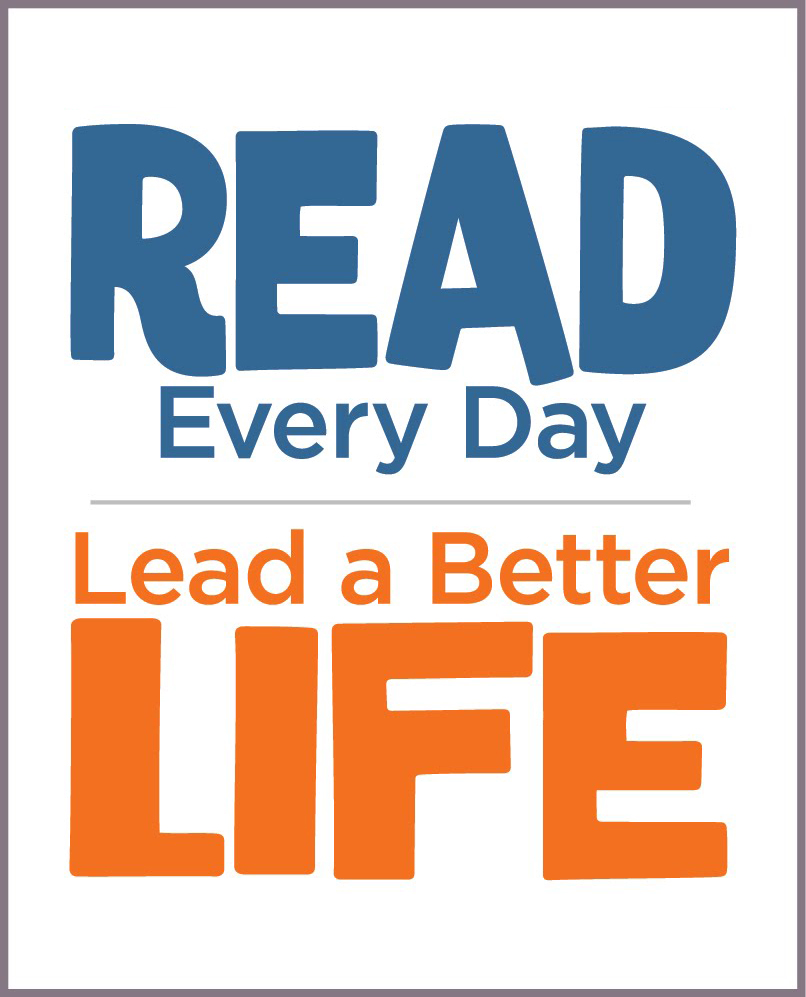 9. End your day with self-evaluation. Think about all your achievements and mistakes. Analyze how you can make tomorrow a better one. 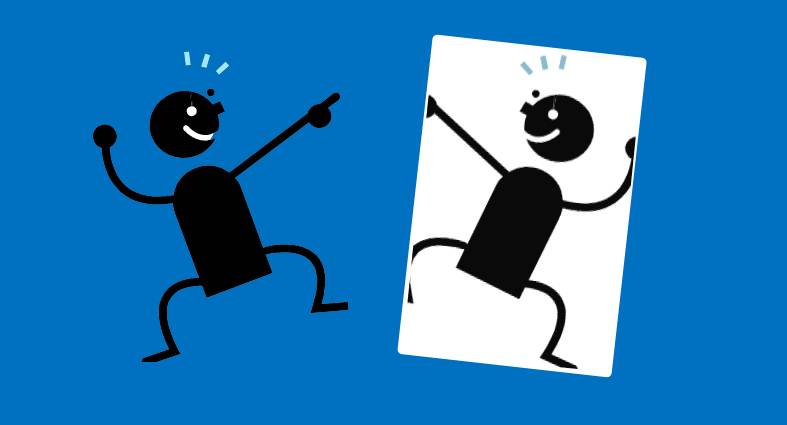 10. Rest is important whenever time permits. It keeps you energetic to do things you like.

11. Expressing gratitude keeps you and everyone around you happy. Say ‘Thank You’ more often and at the end of the day, think about good things that happened to you. 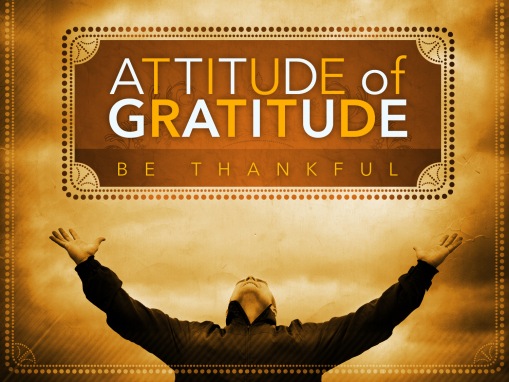 12. Last but not the least, do things that make you happy. Relax and spend some time with your family and yourself. Do things that you really enjoy. 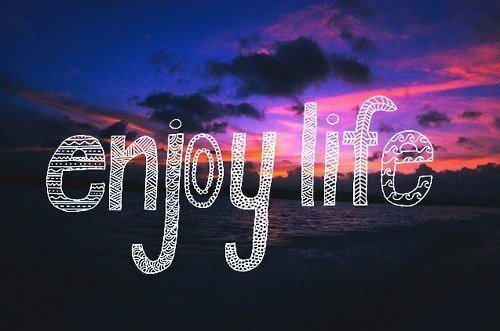 Success seems to be connected with action. Successful people keep moving. They make mistakes, but they don’t quit. We found some very successful people having their own definition of success. Find out: 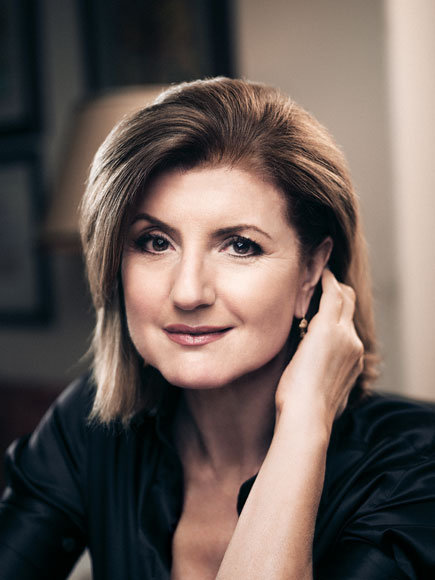 Huffington says that while we tend to think of success along two metrics, namely money and power, we need to add a third. “To live the lives we truly want and deserve, and not just the lives we settle for, we need a Third Metric,” she says, “a third measure of success that goes beyond the two metrics of money and power, and consists of four pillars: well-being, wisdom, wonder, and giving.” Together, those factors help you take care of your psychological life and truly be successful.” 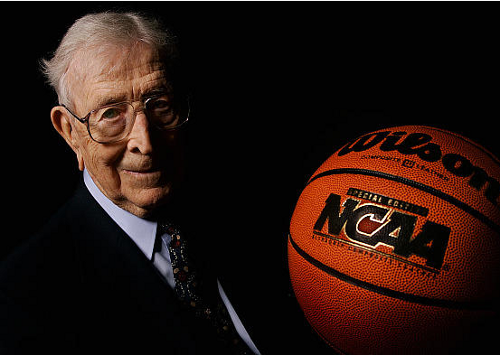 With 620 victories and 10 national titles, Wooden is the winningest coach in college basketball history. But his definition is more about competing with yourself than the other guy: “Success is peace of mind, which is a direct result of self-satisfaction in knowing you did your best to become the best you are capable of becoming,” he said.

“Your personal core values define who you are and a company’s core values ultimately define the company’s character and brand,” Hsieh writes in “Delivering Happiness,” his memoir about building Zappos.” For individuals, character is destiny,” he says. “For organizations, culture is destiny.” 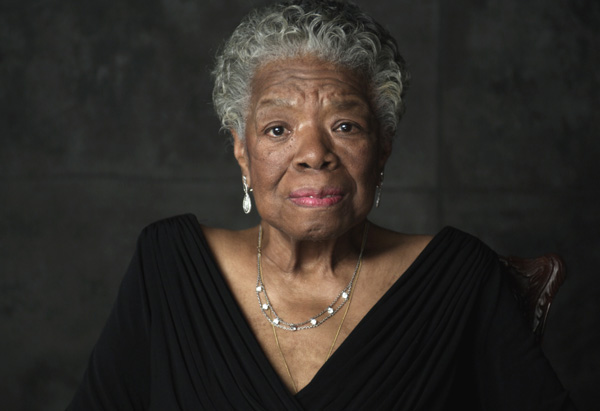 The late, great poet laureate, who passed away at 86, left behind stacks of books and oodles of aphorisms. Her take on success is among the best: “Success is liking yourself, liking what you do, and liking how you do it.” 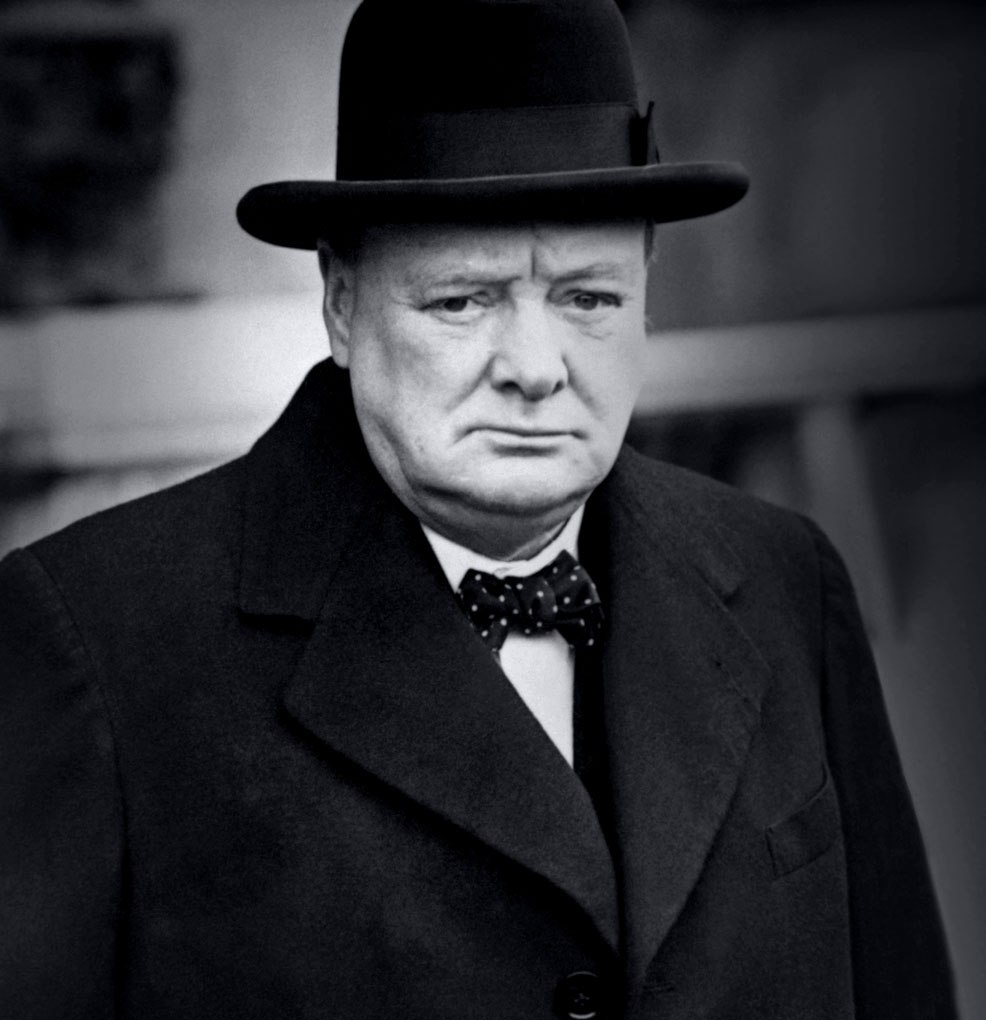 At the prime of his political career from 1929 to 1939, Churchill was kept out of office, in a period historians call “the wilderness.” Yet he stayed publically active, and in 1939, the then Prime Minister asked him to serve as First Lord of the Admiralty as Hitler’s Germany rose. We can see how his definition of success arose from those frustrating years: “Success is going from failure to failure without losing enthusiasm,” Churchill said. 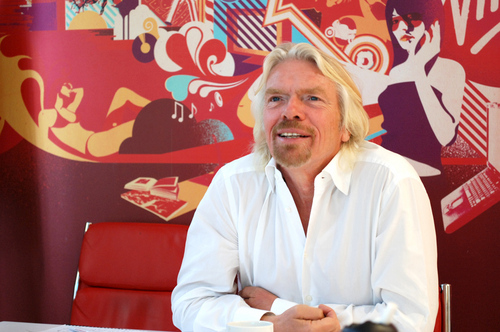 Though Sir Richard Branson is worth some $5 billion, the Virgin founder equates success with being fully immersed in your work. “My definition of success?” he asked himself on Virgin’s blog. “The more you’re actively and practically engaged, the more successful you will feel.” 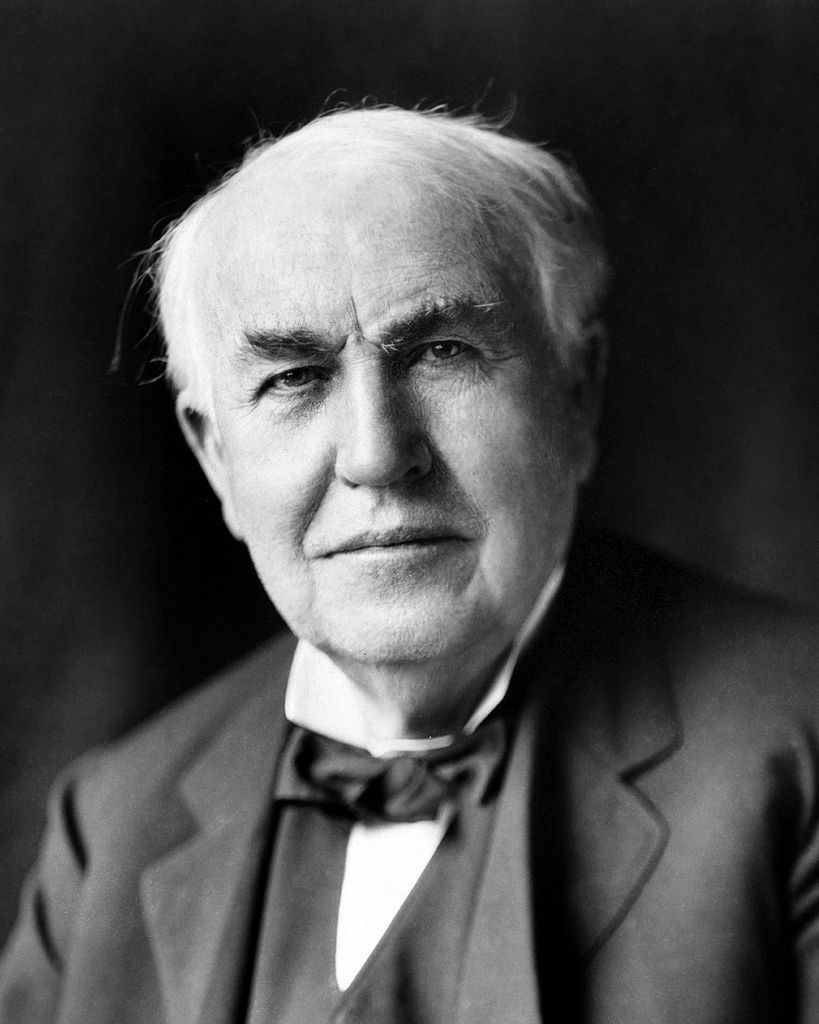 Edison, holder of over 1,000 patents had an insane work ethic. He was known to put in 72 hours at a time. So naturally, his definition of success is equally ambitious: “Success is 1% inspiration, 99% perspiration.” 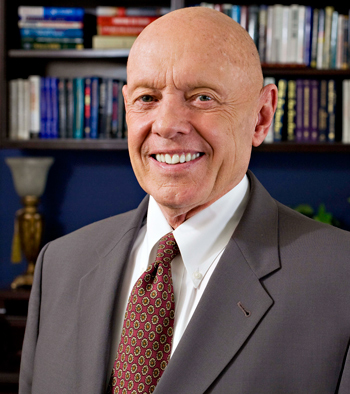 Covey became a massive success and a part of popular culture with his 1989 book “The Seven Habits of Highly Effective People,” which has sold over 25 million copies. Yet for Covey, success is categorically individual. “If you carefully consider what you want to be said of you in the funeral experience, you will find your definition of success.”

Everyone has their own different definition of ‘success’. What’s yours?