The total population of India is approximately 1.28 billion people of which approx. 70% of it comprises of rural population. This clearly showcases that majority of people are residing in rural parts of India than in urban. Still entrepreneurship has remained a more of urban centric topic. But today we will focus on some of the rural innovations which will totally change this perception. Though a structured model was never in place to teach or practice entrepreneurship in rural areas, innovators were bound to innovate which proves the phrase ‘necessity is the mother of all inventions’ right.

1) Cotton Stripper: The innovation of 60 year old ‘Manshukhbhai Patel’ a cotton stripping machine, branded as ‘Chetak’, brought about a sea change in the lives of cotton farmers. Earlier the cotton stripping was done manually by farm labourers which was harmful & led to a lung disease called ‘Byssinosis’ 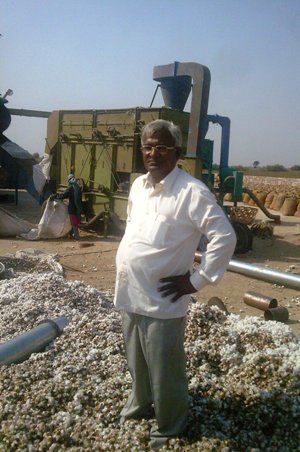 Mansukhbhai a dropout of school due to poverty, continued to work in his cotton field and did many odd jobs and picked up mechanical skills by working as an electrician & mechanic in cotton mills. Mansukhbhai borrowed money from his friends & family to make a prototype of his first cotton striping machine, which is now marketed as ‘Chetak’.

2) Mitticool: Mansukhbhai Prajapati, again a school dropout joined his family business of traditional pottery making. But due to less returns in the business he discontinued it & started doing other odd jobs which landed him in a Tiles making factory. Here he got inspired to make pots from different clays & learnt to make efficient pots as compared to what he used to make earlier. 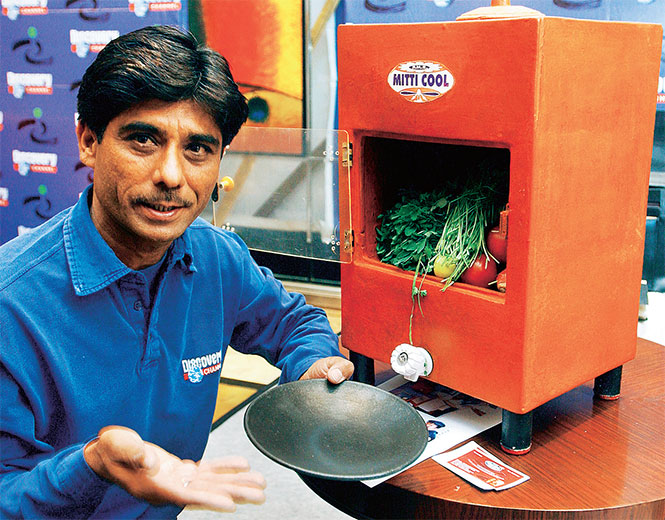 Gradually, he started experimenting with his pottery making and created different vessels out of it like ‘MittiCool Refrigerator’ & non-stick clay tawa (hot plate). The clay refrigerator is used to store fruits, vegetables & food without any use of electricity. Mansukhbhai was able to commercialize his idea & has received over 25 awards till date.

3) Bullet Santi: In 1990s, Amreli faced severe draught like condition due to which tilling the dry land was costly & cost of manual labour rose. Due to shortage of fodder one Mansukhbhai Jagani was forced to sell his bullocks, as a result he was left with nothing to till his farm land. Jagani, previously worked as farm mechanic for repairing his diesel pumps. So he borrowed his friends Royal Enfield and tried connecting mechanical instrument of farm tilling to it & tried tilling land. 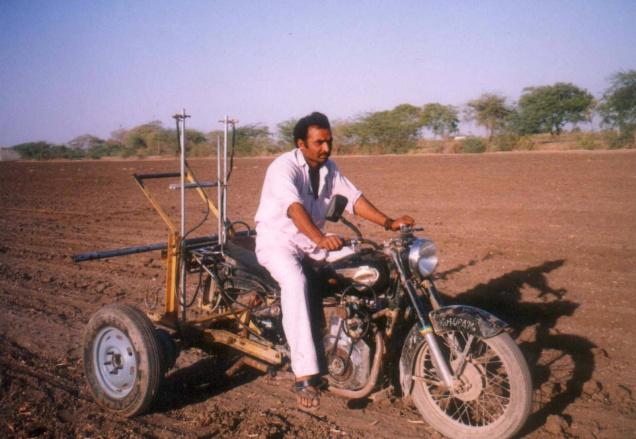 He partially succeeded at it so he made some improvisation to it tried fixing the other tools & tackles in the bullet. As a result what came up was called Bullet Santi. The motorcycle had a 5.5 horsepower diesel engine and with the attachments it could be used as a multipurpose machine for ploughing, sowing, interculturing, spraying, insecticides, or a small goods carrier. Other farmers also saw value in his invention and started approaching him for similar solutions.

4) Biomass Gasifier: Raj Singh Dahiya born & brought up in rural India, just like many of his counterparts.Poor financial conditions refrained him from attending school. He worked in his farms with his parents, watering plants & looking after the livestock. Dahiya was very much inclined towards technology and was an avid listener of Gyan-Vigyan program broadcasted by BBC right from his childhood. He can assemble any given thing like watch & alarm clocks, radio or farm machinery. His interest in machinery led him to open up a workshop to repair tractors & farm equipments. 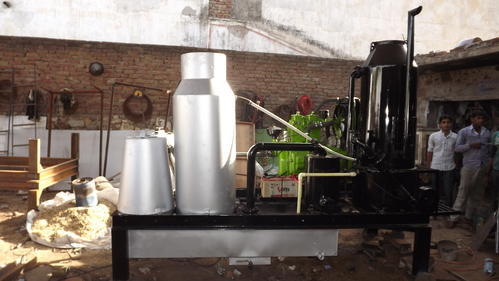 But due to rise in fuel prices he was forced to think an alternative for fuel. Dahiya thought of an engine that could work on gas from farm waste. Initially the machine didn’t work properly and would shut down after running for an hour. But subsequently through his determined efforts he was able to fit in a fan based filter in the machine which in turn can be used to run machines through farm waste. So far he has sold 80 units of ‘Biomass Gasifiers’ of different capacity & is now supplying the steel based gasifiers as well.

Do you know any more mind boggling rural inventions? Share with us 🙂